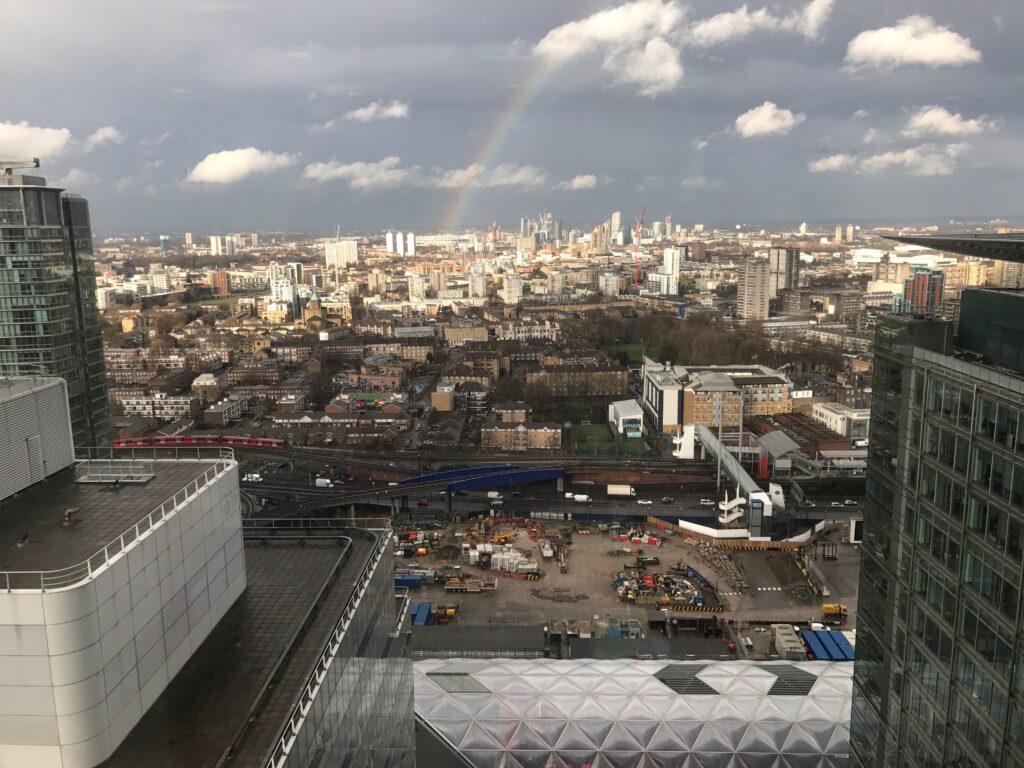 A specimen list (non-exhaustive) of services that F1Linux can help you with:

“Terrence [Houlahan] was a conscientious and hard worker who helped out when it matters. His work was of impeccable standard and had attention to detail. His Linux skills were second to none and would thoroughly recommend him to any employer. ”

After returning from Northern Nigeria, QMUL contacted me about new Project: replacing their legacy Spacewalk & Puppet configuration management systems which were now quite aged.

Re-scripted almost all client’s legacy Puppet modules to work with The Foreman. Documented the solution and presented it to the Change Management Committee.

When a contractor put a backhoe through power cables to one of their campus data centers after the IT staff had left for the evening, I re-plumbed the key servers into the other data and restored essential services. Not part of my responsibilities, but happy to help were needed.

“Hired Terrence [Houlahan] to sort out our complex Linux environment, which he did admirably. His professional and personable approach made him a pleasure to work with , plus he was keen to hand over his knowledge to internal staff”  – Dave Smith, IT Director MoorePay (2008)

Moorepay is UK’s largest payroll/HR services provider. Engaged for 3 contracts as Senior Technologist to rationalize and upgrade their Linux estate which had evolved from a series of mergers & acquisitions rather than central planning and big gaps in documentation. Their Senior Technologist was poached by a county council to lead their IT operations and they needed a contractor that could come in quickly and take control of a network they learned had big gaps in documentation after their manager’s departure. Because MorePay held significant personal payroll data for about 75% of the UK, they required not only a Linux & Network Engineer with proven skill & judgement, but one that was ultimately trustworthy.

Migrated & updated an undocumented system which incorporated LDAP, Kerberos & OpenAFS from an end-of-life version of Debian to an LTS version of Ubuntu.

The staff member who designed & maintained the system- widely regarded as a highly talented technologist by all-  died in their sleep.  His colleagues were unable to reverse engineer his work and all previous contractors they engaged before me failed.

After solving that enigma, I had additional time left in the contract to perform P-2-V server migrations to the Client’s VMware estate and even help their IT support team clear Windows tickets that were backlogged due to staff illness.

“Terrence [Houlahan] did a great job in getting our Linux systems organised and better embedded in the LSE’s IT environment. Part of our Linux environment was installed and maintained by good-willing amateurs like myself. Terrence upgraded our physical servers to virtual ones. He provided all personal Linux users in the department with a standardised desktop, making sure that everybody’s wishes were incorporated. But what mostly impressed us was his willingness to listen to us what we wanted, then suggesting ways those wishes could be accommodated, and finally implementing those in a consistent and timely manner.

In the end, everybody was happy with the final result. Believe me, when working with a diverse group of professional mathematicians who will always think (actually, who will always be sure!) they know best, this is a major challenge.  He also kept me happy in my role as Head of Department by doing his work on time, within budget, and keeping us fully up-to-date of progress. When he left after only 3 months, he left a well-running collection of computers and virtual servers. I can recommend him to anybody who needs somebody who is both an excellent Linux engineer and somebody who listens to the wishes of the people he is working with.”

– Jan van den Heuvel, Professor of Mathematics and Head of Department at LSE (2011)

“I would rate Terrence Houlahan as a highly competent Linux Engineer. The Mathematics & Statistics Dept at the London School of Economics where he consulted are high-end Linux users with complex systems that incorporate Kerberos, LDAP and an AFS clustered filesystem. However, the Linux expert in my dept who configured them died without writing any documentation. Upon attempting to upgrade their Debian OS, these systems just broke. Recruitment agencies sent us expensive “Linux Experts,” but none fully understood the complex interactions and how the systems were breaking. Then we found Terrence. He not only analyzed how they were failing, but performed a cross-migration from Debian to Ubuntu, maintaining the integrity of both the authentication and AFS storage. This move to Ubuntu was extremely well received by both professors and dept heads.

Terrence also migrated physical servers running mail and web apps to Virtual Machines within LSE’s VMware platform. Although not part of his job, Terrence still found time to help me clear a backlog of tickets which had built-up due to staff illness. At the end of his engagement, everything was in perfect order and fully documented! The Ubuntu systems he configured are still in service today and running very well.”

– Kuldip Purewal, IT Support Specialist at London School of Economics (2014)

Note: Having identified Kuldip as an outstanding Windows Technologist when working with him, I called Kuldip in 2014 to ask him if he wanted to work with me in Africa when there was a requirement for Windows skills.
Racing Post: CEO

“…Your [8.5%] increase is above the two percent rise being received by most of the staff [I was engaged on an Inside IR-35 Contract] in order to recognise the additional contribution you have made to the success of the business over the past year. We felt it was important that your hard work was appropriately rewarded. I would like to thank you again for your part in putting the company on the road to success…”

– Assisted Client staff rack and network their own infrastructure at their new Docklands Data Centre.

– Migrated a key legacy application which was undocumented to AWS and fully documented the result.

“I worked with Terrence [Houlahan] within the Business Solutions and Design group of Racingpost. I am the Technical Solutions Architect, Terrence was the Linux Architect. I found Terrence to be not only highly skilled in the Linux area but also very knowledgeable within the entire networking sphere as well. Terrence fitted in well within the team, taking care of many ongoing projects as well as occasionally providing 3rd Line support to internal IT staff outside our group.

I also found that he is an outstanding technical trainer, creating in-depth technical courses (including excellent materials) and he personally trained a large number of our internal IT staff on areas as diverse as Git administration for developers and support staff to very specific detailed courses on character encoding (UTF encoding) for understanding data transfers between incompatible systems. I can personally recommend Terrence to any business who needs a leader with these skills.”